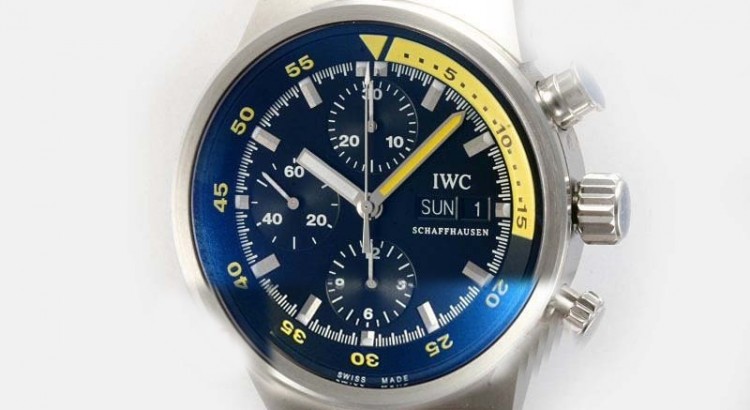 Tudor has expanded its popular Black Bay Fifty-Eight collection of dive watches. The latest addition is a blue version with a manufacturing movement and a modestly sized 39mm case that already won the “Challenge” fake watch award at last November’s Grand Prix d’Horlogerie de Genève. How did Tudor’s new creation perform in our tests?
The Tudor brand has been trendy in recent years and can look back on a steadily growing fan base. Rolex’s second brand had been stagnant for years, but since 2009, Tudor has been picking up speed again. Tudor’s history, rich in character and design, is emphasized in the brand’s new vintage models. 2012 saw the introduction of the Heritage Black Bay, which looks back at Tudor’s early dive watches. Its debut was followed in 2018 by the debut of the smaller Black Bay Fifty-Eight. The blue version we are testing here was unveiled in 2020.
The name “Fifty-Eight” refers to 1958, the year in which TUDOR launched its first dive watch, the Reference 7924, known as the “Big Crown”. The new watch has a diameter of 39 mm, which corresponds to the case size of the historical model. In other respects as well, this new version, at first glance, actually looks like a vintage replica watch, an antique watch. Thanks to the rotating bezel and the smaller dial, it even looks somewhat refined.
The vintage impression is further accentuated by the domed, scratch-resistant sapphire crystal, which has highly curved edges, just like the acrylic crystals of models from previous decades. The dial is also slightly raised like the face of a classic vintage watch. The narrow lugs and the lettering on the rota-table bezel also allude to TUDOR’s history. The designer even chose to omit the date display, thus completing the historical impression.
Old Tudor divers’ replica watches with the so-called “snowflake” hands have already made a name for themselves and are eagerly sought after at auctions. The nickname derives from the squares at the tips of the hour and second hands: each is rotated 45 degrees, somewhat like a stylized snowflake. This detail first appeared on the tips of the hands in the late 1960s and has been retained ever since.
Further high-quality features of the manufacturing movement are its extremely long power reserve of 70 hours and its free-wheeling balance wheel with four adjustment screws. These screws mean that there is no need to fine-tune the speed by varying the active length of the hairspring, as is the case with ETA movements.